What are the Best Procedures to Prevent Vein Pain?

What are the best procedures to prevent vein pain? If you’re asking that question, you’re probably suffering from the symptoms of vein disease, such as leg heaviness, leg swelling, frequent leg cramps, throbbing leg veins, restless leg syndrome, spider veins, or varicose veins. The only way to prevent vein pain is to address the root cause of your vein problems (chronic venous insufficiency) before it affects your blood circulation and vascular health significantly.

Chronic venous insufficiency is the root cause of most vein problems, including vein pain. Venous insufficiency is a medical condition wherein the collapse of vein valves leads to backward blood circulation and the accumulation of blood in leg veins. When more blood pools in the leg veins, you may experience vascular dilation and the eventual formation of spider veins, varicose veins, leg heaviness, leg pain, leg swelling, and other symptoms.

If you notice any signs and symptoms of vein disease, such as spider or varicose veins, please contact our highly-skilled vein specialists. Our vein doctors will investigate the root cause of your vein problems and curate a personalized, minimally invasive treatment plan for vein disease. The only effective means of preventing vein pain is to treat underlying vein disease at the earliest stage possible.

Below, we describe the best procedures to prevent vein pain. 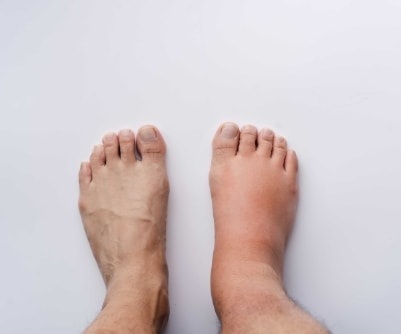 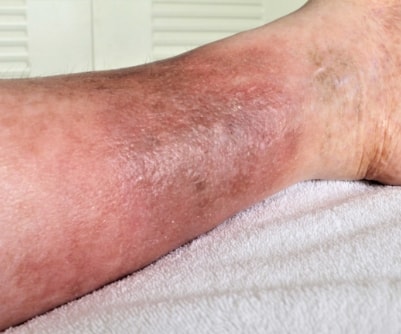 Endovenous radiofrequency ablation is one of the most effective vein treatments available. During this procedure, the vein doctor administers local anesthesia and makes a small incision on the skin’s surface, following which they insert a specialized catheter into the diseased vein under ultrasound guidance. Once the catheter is lodged in place, the vein doctor activates it to generate radiofrequency waves and irritate the diseased vein’s walls. The diseased vein is destroyed, and the accumulated blood reroutes into healthier leg veins, restoring optimal blood circulation to the heart.

Endovenous laser ablation is just as effective as radiofrequency ablation and works on the same principles — it ablates (destroys) the diseased saphenous vein. The vein doctor administers local anesthesia and makes a small incision on the skin’s surface to insert a specialized laser fiber. The laser fiber is driven into the diseased vein, following which the vein doctor activates it to generate laser energy. The diseased vein is destroyed, following which the accumulated blood flows into healthier leg veins to restore optimal blood flow to the heart.

The VenaSeal Closure System is one of the most effective procedures for the permanent closure of the diseased saphenous vein responsible for your vein problems and vein pain. The vein doctor injects an FDA-approved medical-grade adhesive into the diseased saphenous vein under ultrasound guidance. The vein glue seals the walls of the diseased vein, turning it into a hardened tissue eventually reabsorbed by the body. The accumulated blood, meanwhile, reroutes into healthier leg veins to restore optimal blood flow to the heart.

ClariVein, also known as mechanochemical ablation, is one of the most effective minimally invasive procedures for extremely large, twisted, and tortuous veins. The vein doctor makes a small incision on the skin’s surface and inserts a specialized catheter with a rotating wire tip. When activated, the rotating wire destroys the diseased vein’s walls while secreting a sclerosant medicine that fuses its walls together. The diseased vein is eventually reabsorbed by the body, restoring optimal blood circulation to the heart.

Can vein pain be cured?

There’s no cure for vein pain, varicose veins, or underlying chronic venous insufficiency. But while we can’t cure vein disease, we can certainly treat venous insufficiency. The word “cure” indicates the diseased saphenous vein is repaired or healed, which is simply not possible. But we can treat vein disease, which involves removing or destroying the diseased saphenous vein, thus rerouting the accumulated blood into healthier leg veins.

Semantic differences aside, yes, we can eliminate vein pain and vein problems. Our vein doctors investigate the root cause of your vein pain, curate a personalized, minimally invasive vein treatment plan, and get to work. We destroy the diseased saphenous vein responsible for vein pain, following which the accumulated blood reroutes into healthier leg veins. This treatment plan improves your vascular health and eliminates the symptoms of vein disease.

What is the safest vein treatment?

All minimally invasive spider vein and varicose vein treatments are incredibly safe and effective. They have a nearly perfect success rate and a negligible risk of complications, such as infections and deep vein thrombosis. However, VenaSeal is often considered one of the safest vein treatments because it doesn’t involve using thermal or laser energy to destroy the diseased vein. As such, there’s absolutely no risk of unwanted nerve or tissue damage.

What is the best treatment for vein pain?

Get the Best Vein Treatment